Effective conservation of animal populations depends on the availability of reliable data derived from rigorous monitoring protocols, which allows us to assess trends and understand the processes they are governed by. Nevertheless, population monitoring schemes are hampered by multiple sources of errors resulting from specific logistical and survey constraints. Two common complications are the non-visitation of some sites in certain years and preferential sampling (PS), that is, the tendency to survey “better” sites disproportionately more often. Both factors can lead to serious biases unless accommodated into models. We used 22 yr of nest-monitoring data to develop a dynamic multistate occupancy model, including a PS component to investigate occupancy and reproduction dynamics in a peripheral Black Stork (Ciconia nigra) population in Spain. We analyzed the effects of climate and nesting substrate (tree vs. cliff) on population dynamics and accounted for PS and non-visitation biases using a model that distinguished three territorial states: unoccupied, occupied without, or occupied with successful reproduction. We found strong evidence for positive PS, and when accounting for this bias, lower population size estimates were generated. Black stork nests had a high probability of remaining in the same state from one year to the next, with successful nests more likely to be occupied again and to be successful the following year than occupied but unsuccessful or unoccupied nests. Nesting substrate and spring precipitation did not influence state transition probabilities or the probability of reproductive success; nevertheless, cliff nest occupancy was overall higher than tree nest occupancy. Our results highlight the importance of correcting for non-visitation and PS in habitat occupancy models. If these potential biasing effects are not accounted for, inferences of population size may be overestimate. Multistate occupancy models with correction for PS offer a powerful analytical framework for data collected as part of population studies of unmarked animals. These models compensate for common methodological biases in biological surveys and can help implement efficient conservation strategies based on robust population dynamics estimates. 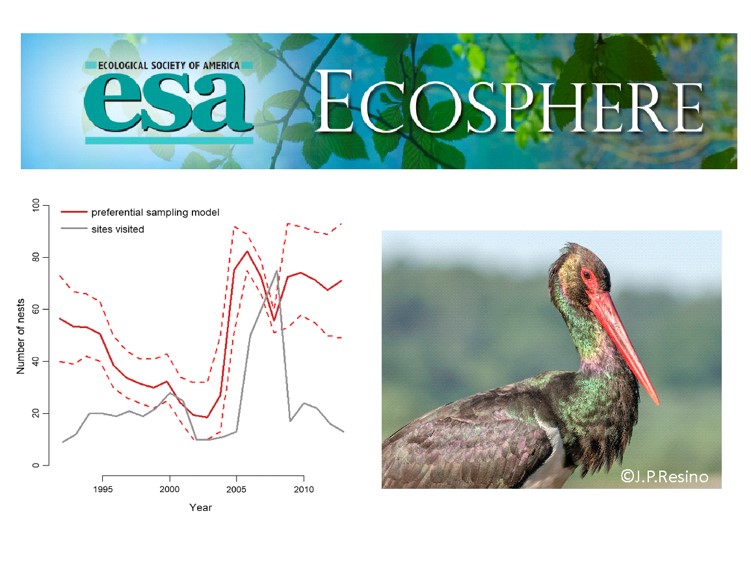