Geographic range shifts are one major organism response to climate change, especially if the rate of climate change is higher than that of species adaptation. Ecological niche models (ENM) and biogeographic inferences are often used in estimating the effects of climatic oscillations on species range dynamics. ENMs can be used to track climatic suitable areas over time but have often been limited to shallow timescales; biogeographic inference can reach greater evolutionary depth, but often lacks spatial resolution. This study presents a simple approach that treats them as independent and complementary sources of evidence, which, when used in partnership, can be employed to reconstruct geographic range shifts over deep evolutionary timescales. For testing this, we chose two extreme African disjunctions: Camptoloma (Scrophulariaceae) and Canarina (Campanulaceae), each comprising of three species disjunctly distributed in Macaronesia and eastern/southern Africa. Using inferred ancestral ranges in tandem with preindustrial and paleoclimate ENM hindcastings, we show that the disjunct pattern was the result of fragmentation and extinction events linked to Neogene aridification cycles. Our results highlight the importance of considering temporal resolution when building ENMs for rare endemics with small population sizes and restricted climatic tolerances such as Camptoloma, for which models built on averaged monthly variables were more informative than those based on annual bioclimatic variables. Additionally, we show that biogeographic information can be used as truncation threshold criteria for building ENMs in the distant past. Our approach is suitable when there is sparse sampling on species occurrences and associated patterns of genetic variation, such as in the case of ancient endemics with widely disjunct distributions as a result of climate change. 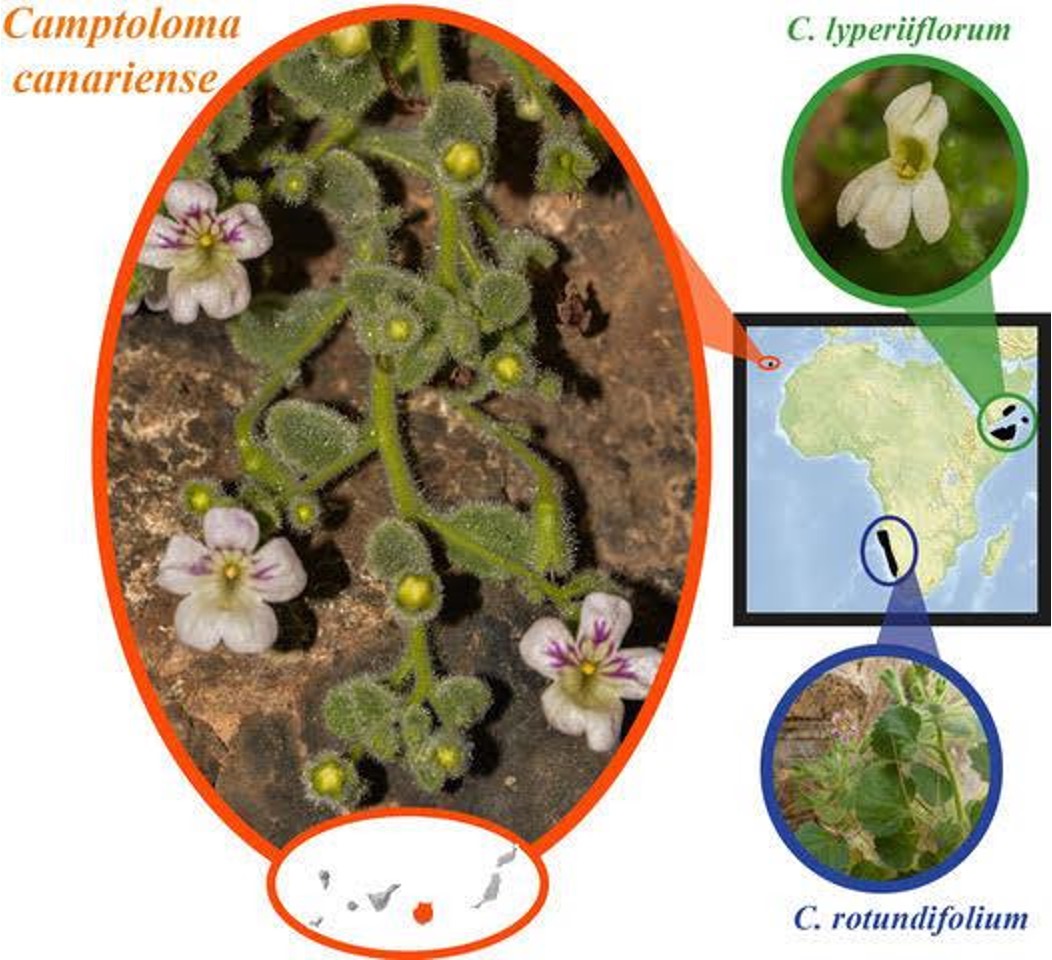