The bumblebee Bombus terrestris is used worldwide for crop pollination. Despite its positive impact on crop yield, it has become a widespread threat to biodiversity due to its interactions with local bumblebee populations. Commercial subspecies introduced to the Iberian Peninsula, since the 1990s without any regulation, have colonized the environment with evidence of naturalization and introgression with the endemic subspecies Bombus terrestris lusitanicus. We have used mitochondrial and nuclear genetic data to describe the current genetic diversity of the Iberian population and to estimate the expansion of commercial bumblebees. Samples from the natural distribution range of the commercial subspecies, the natural intergradation area between the two subspecies and a time before the use of commercial colonies (i.e., before the 1990s) have been used for comparison. Our results show that the mitochondrial haplotype of the commercial breeds has spread throughout the territory, which, together with subtle changes observed in the nuclear genetic diversity of the populations, indicates that hybridization and consequent introgression are occurring in most of the peninsula. It is, therefore, necessary to improve the existing legislation concerning the management and exportation of commercial bumblebees to conserve locally adapted populations. 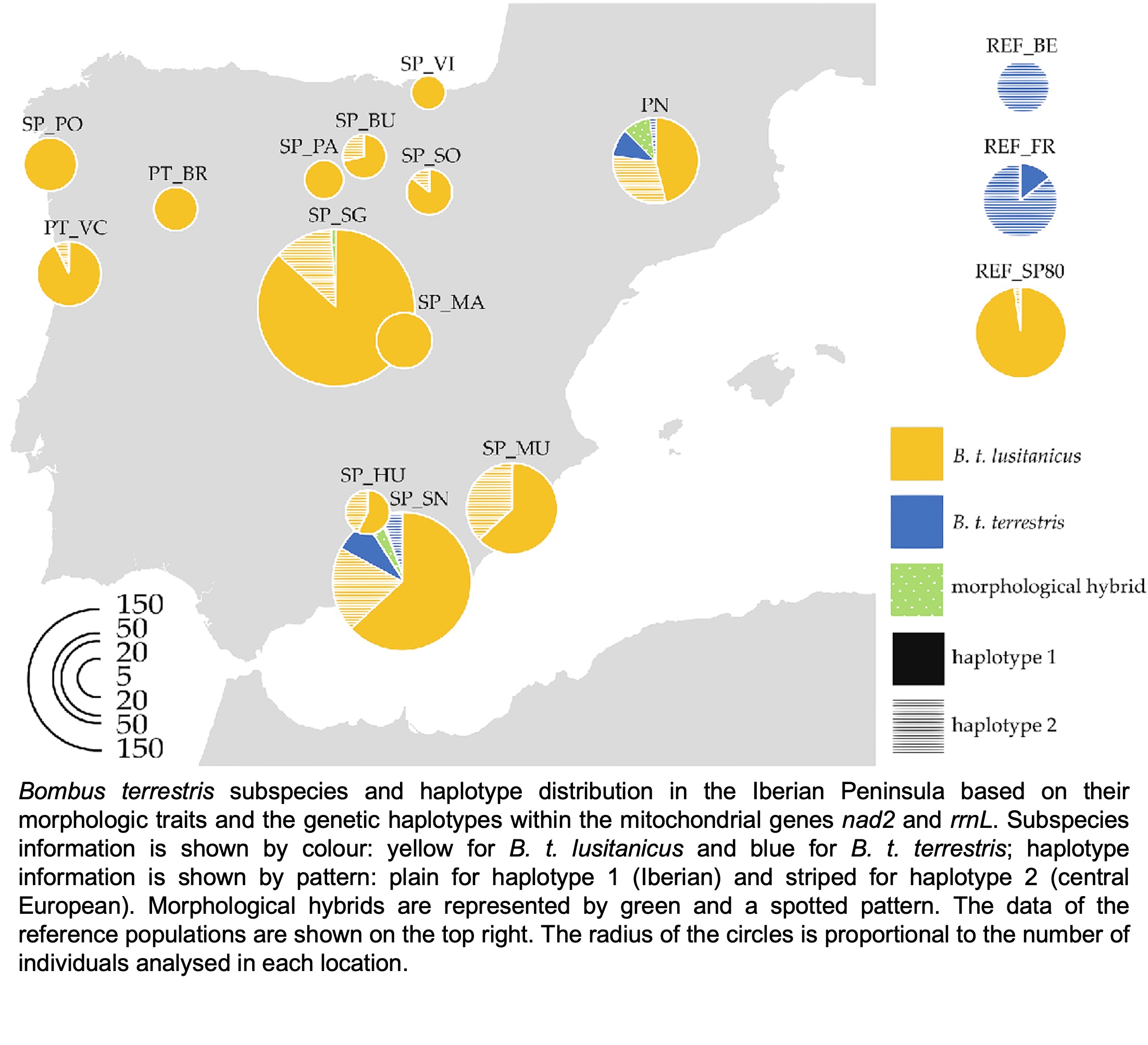